Over the past few years, there’s been a noticeable rise in the number of self-proclaimed gurus with #Success and #Excellence in their social media bios who routinely dole out advice concerning the strategies you need to harness to live a life defined by both of those descriptors, which usually comes in the form of motivational sermons recorded in the driver’s seat of a Tesla (or some other luxury car that’s become the default setting for these pep talks for reasons I’m still unable to grasp).

While all of these people have developed their own unique approach when it comes to the best way to secure a better life for yourself, virtually all of their philosophies are united by certain themes that come up time and time again—none of which stick out more than the frequency they deploy the word “hustle” while conveying their thoughts.

Many of those mentions come in the form of their focus on the importance of having a “side hustle,” which (if they’re to be believed) is basically a prerequisite when it comes to maximizing your potential in 2020. There aren’t really any restrictions for aspiring entrepreneurs looking to embark on an endeavor to provide them with some supplemental income (with the potential to see it eventually become their primary hustle if they play their cards right) but I haven’t come across many people who’ve taken a cooler path than an Ohio man by the name of Kevin Mullan.

Mullan’s primary hustle is a career in marketing that led to him starting his own consulting company focused on helping non-profits and small businesses looking to make more of a mark. However, around the halfway point of the previous decade, he set out to do the same following a moment of inspiration that marked the beginning of a particularly interesting quest: opening his own beer bar…by finding a fire truck he could convert into a watering hole on wheels.

I recently connected with Mullan over email, where he outlined the journey that led to the creation of Tapped 419, the Toledo-based operation he launched in 2019. 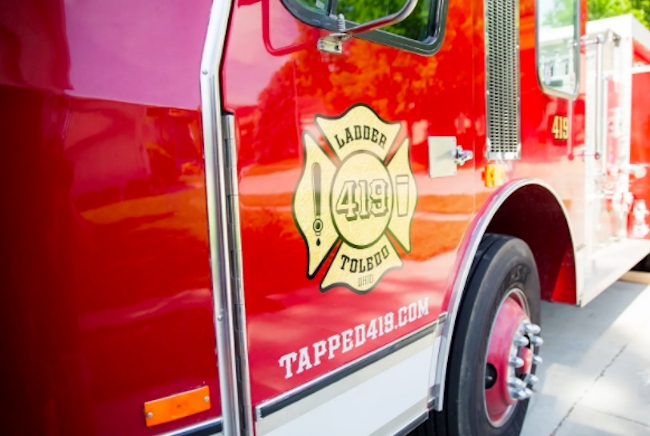 After spending almost years scouring the internet, he finally found the emergency vehicle that served as the primary barrier to entry when it came to realizing his vision (with the possible exception of getting his wife’s blessing) :

It started as a “What If” project and I casually searched online auction sites for about five years before I finally got the green light from my wife. When I got serious about doing it, I looked into Craigslist and GovDeals for about a year with no luck.

I started bidding in truck auctions all over the United States. I came close to winning a few but never did, so I began to play with the idea of retrofitting a trailer instead. But my wife— who is used to my “crazy” business ideas—supported me every step of the way and pushed me to continue looking for the perfect fire truck.

At this point, I turned to Facebook Marketplace and found a 1987 Federal Motors fire engine with only 25,000 miles on it about 90 miles away. From there, it all happened quite quickly. I saw the fire engine on Marketplace on a Wednesday, made the offer on Thursday, and picked it up on Saturday.”

You’d think that a fire truck would set you back a pretty penny but Mullan actually managed to get it for about the same price as you’d have to shell out for a Subaru Outback from the turn of the millennium with five times as many miles on the odometer as the truck in question:

I bought the fire engine from a farmer in Coldwater, Michigan who initially bought it to water his crops. However, the vehicle was too heavy and was sinking into the fields so he was eager to negotiate the $5,000 price for me to take it off his hands.

While the owner shared what little he knew about the truck’s background, Mullan eventually reached out to the station it once called home and managed to learn a bit more about its history in addition to getting his hands on a (literally) flashy accessory:

I’ve since connected with the Assistant Fire Chief at the station who first commissioned the fire engine in 1987 and he’s sent me photos of the truck, which is helping me restore it to its original condition.

I’m also in possession of the original light bar and that will get installed very soon. 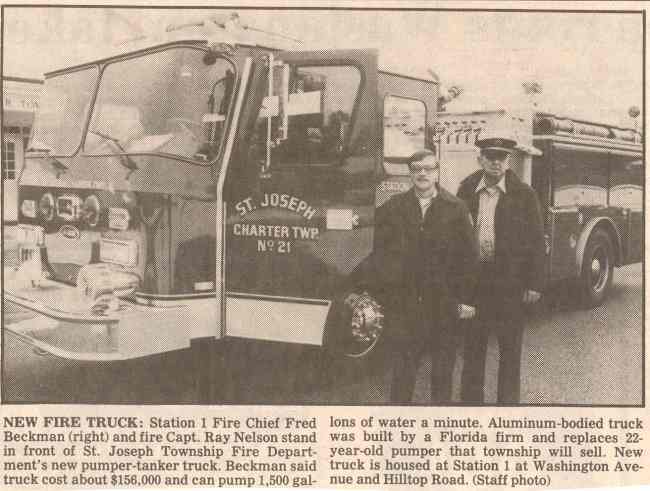 After driving home with his new acquisition, Mullan found himself faced with his next hurdle: figuring out how the hell to covert a fire truck into a mobile bar. While he admits he hadn’t given a fairly crucial step much forethought, he was lucky enough to see the stars align when it came to making his idea a reality:

It was a complete shot in the dark. I called a bunch of people who work for different fire departments, and unsurprisingly, nobody knew what would happen if I removed the water tank.

Hudson Automotive—which is just outside of Toledo—agreed to tackle the challenge. They told me, “We aren’t sure how to do this either, but we’ll try for $100 an hour.” They agreed to call me every three hours with an update, and three-and-half-hours later, they told me they were done.

The conversion process was interesting. The first step was to remove the water tank in order to make room for the refrigeration unit. From there, we rebuilt the back wall, added a new roof, and insulated the space where that unit was installed.

Then I set up the beer taps and draft system. Luckily, I found all the beer equipment I needed on Facebook Marketplace as well. A bar in Michigan was going out of business and I bought all the equipment I needed and more for only $350. I was actually able to sell two beer towers that I didn’t end up using back on Marketplace for $250!

I spent about $15,000 on the retrofitting process and none of it was out of my own pocket. My local credit union helped finance the entire project through a personal loan and an auto loan with a lower APR.

From there, he turned his attention to yet another crucial element and consulted a number of experts who helped him out with the delivery system that would allow him to dispense a variety of different brews (including a kid-friendly offering):

Everything was done in Toledo with local companies or freelancers. My favorite story is how I found Eric Cleminson—a.ka. The Draft Specialist—to build the draft system, who continues to be my go-to-guy when it comes to maintaining the lines. I called to order a keg of root beer and he answered the phone. The rest, as they say, is history.

One interesting fact about the fire engine is that although we are primarily in the beer-serving business, you won’t find the word “beer” on the truck. I wanted it to appeal to kids of all ages just as much as adults. 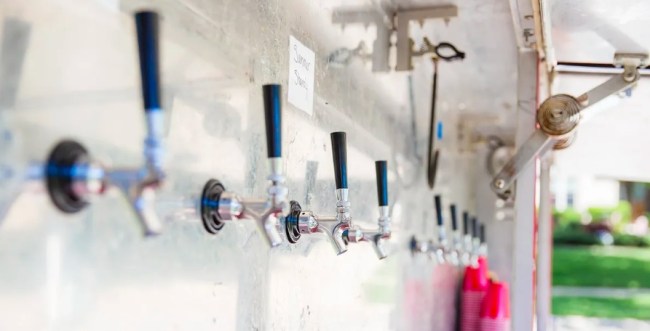 With a functional (and mobile) base of operations finally ready to debut, Mullan set out to establish some mutually beneficial relationships with the smaller breweries he could supply with some exposure in exchange for a steady supply of beer—including one in particular he cited as one of the more notable players on the local scene:

We actually don’t stock any kegs. Everything is purchased by the person renting the truck. I’m a huge fan of local craft beer so I’m happy to do more research when needed.

We work with Patron Saints more than anybody else. Those guys make great beer—and some really creative hard seltzers—and they are so incredibly easy to work with.

Mullan may not have known much about the conversion process but his marketing experience came in handy when it came to getting the word out to customers who can secure his services for a three-day rental that’ll run them around $1,000 or $450 for a private four-hour event.